It can’t be denied that New Zealand music and, in particular, female artists have never had a more prolific impact on the entertainment industry then as of right now. This is due mainly to the massive popularity of Auckland born Lorde, who has taken the world, as they say, by storm.
However, she is just the latest in a long string of Kiwi ladies who have been belting out the tunes. Here are our top that we think you should have a listen to. Let’s exploce The Best Female Singers From New Zealand below.

October has been around for a few years, but went through some dramatic sonic and visual changes last year. After releasing the Lorde approved “Cherry Cola” in 2016, Emma Logan spent almost a year writing, recording, and producing a bunch of songs. Nearing the planned release of her album late last year, the artist decided she wanted to rework it all, so she did.
The result is the impressive Ultra Red, released in April, the album is an industrial pop masterpiece. The accompanying visuals and imagery are all so in line with the music, the artist has created a multi sensory production that will leave you blown away. Georgia Nott is one half of the brother sister duo Broods, but this year she took a break from that project to create something special. Entitled The Venus Project Vol. 1, Nott has released an album that was created entirely by women. Not only that, the entire project is spearheaded and organised by women, right down to manager Sherry Elbe.
The album takes a step back from the intense production and synths of Broods’ Conscious, the material was written over a few years and saved by Nott who felt it wasn’t right for Broods’ sound. The album is a beautiful change of pace for the singer, and a great statement from the artist. She didn’t need a single man to make this happen. Born in South Africa, Chelsea Jade Metcalf relocated to New Zealand with her family at the age of five, so we can claim her. Chelsea released her debut album today after a couple of EPs and single releases. We told you the album was gonna be good and it really is.
Her unique brand of melancholy pop and clever lyricism have taken her all the way to LA where she is now based and created the record. Don’t even get us started on her videos… Every single one is incredible, the mixture of humour, dance, and colours creates such a visual and audible treat. Kimbra is a household name, not just in New Zealand, but all over the globe. She came to the world’s attention after working with Gotye on the absurdly popular and successful “Somebody That I Used To Know.” If YouTube hits are to be used as a yard stick then that track should be a sign that Kimbra has done alright it’s had over one billion plays. Yeah. Not bad, really, for a girl from Hamilton.
She’s released two albums and her third, Primal Heart, is set to be released in April 2018. If you’re yet to listen to Kimbra’s music and want an idea of what she has in store for your eardrums, her influences include Prince, Bjork and Jeff Buckley. Ladi6 is a Kiwi hip hop artist who has a major following, not just in her homeland but around the world as well. She was born in Christchurch, in the South Island, and is of Samoan descent (her cousin, by the way, is Scribe). She toured through Europe in 2010 and 2011 and collaborated with a variety of New Zealand’s music royalty, including, but not limited to, Fat Freddy’s Drop, Jon Toogood, Shapeshifter, Fly My Pretties and The Opensouls. With three top 10 albums under her belt and one hell of a voice, it’s no surprise that she has been hailed as New Zealand’s answer to Erykah Badu. This is once of The Best Female Singers From New Zealand.

Brooke Fraser was well established in New Zealand and Australia before setting her sights on the United States. The platinum selling singer-songwriter, known primarily for her smooth, acoustic guitar songs and reflective, Christian-influenced lyrics, completely reinvented herself a few years ago. These days, her tracks continue to tap into the personal, but her sound is more influenced by electronic renditions. Fraser’s most recent single, “Therapy,” was released in late 2016. 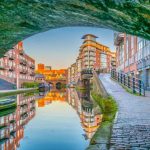 The Unusual Things to Do in Birmingham